Little Creek is a tritagonist in the 2002 film Spirit: Stallion of the Cimarron. He was captured by the US army and taken to a military outpost where he met the wild mustang Spirit, whom he later befriended. He was also the owner of the horse Rain, who would later become Spirit's mate.

Little Creek is adventurous, daring, brave and loving. He is also kind and compassionate, as shown in his bond with Spirit and Rain. Despite his strong affection of them, he was wise in understanding that he needed to let them go and be free.

He is very strong in hand to hand combat as he was able to fend off the Washington soldiers who captured him during the film.

Little Creek is a handsome and muscular Native American young man presumed to be in his late teens or early twenties. He has long jet black hair which he ties in twintails with red ribbons. He also has caramel tan skin. He also has deep brown eyes. His attire is light tan pants and a tan breechcloth worn over his pants. He also wears moccasins of the same color. 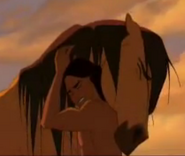 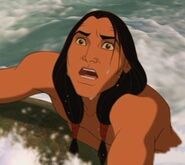 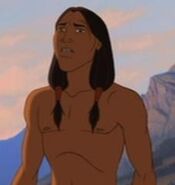